NOTE: This video involves some critical listening. Therefore, it is best viewed using quality speakers in a treated room. If that’s not possible, then use the best speakers or headphones you have available. Remember, great recordings are usually the culmination of many subtle things done right, which add up to a superior recording.

This video is a demonstration of some of the more subtle capabilities of using the Portable Isolation Booth (PIB) from GIK Acoustics to make more natural-sounding recordings.

The Benefits & Limits of Close-Miking

Close miking has become a very common practice in modern music – so much so that it’s easy to forget the practice was banned in Abbey Road Studios when Geoff Emerick wanted to do so for the Beatles. He actually had to get special permission from EMI executives, who were afraid that putting the microphone close to the sound source would damage the microphone! The benefits of close-miking are something most home recordists take advantage of when tracking. It makes the sound source much louder relative to other things you don’t want to pick up such as background noise, the sound of the room getting into the microphone, as well as bleed from other performers in the room.

But there are also limitations with close-miking. The proximity effect of most microphones gives an unnatural boost in the low frequencies of the sound source. In addition, we almost never listen to anything with our ears just a few inches away from the sound source. With larger instruments such as acoustic guitars or upright basses, different parts of the instrument resonate differently. Moving the mic back allows us to get a much more natural sounding “picture” of the instrument as we would hear it in a room.

However, moving the microphone back, particularly in an untreated room, usually means both the noise floor and the room tone are much louder, relative to the instrument itself. Often, these undesirable artifacts are worse than the effects of close-miking, so we are left with that as the only option in the desire to do least harm to our recording. This is why a treated room is so important; it frees us to place the microphone where the instrument sounds the best, without having the undesirable artifacts ruin the recording. But now, with portable acoustic panels such as the PIB, we have a way to get more natural recordings without having to invest in a room full of acoustic panels. 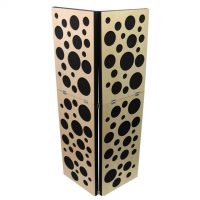 The above video demonstrates these techniques. It contains four recordings of acoustic guitar. Two are close-miked, and two have the microphone further back (around 3’). And, two are with the PIB and two without, which allows us to examine and critically listen to all 4 permutations.

All the recordings were done with the same microphone (an inexpensive small diaphragm condenser), through the same signal chain (a basic, but clean, preamp built-in to a popular recording interface), of the same guitar. The guitar in question is a small-bodied guitar that I like for its character and tone. It doesn’t have the big, powerful sound of a large-bodied jumbo or dreadnaught guitar, but is useful for things like fingerpicking where an interesting sonic character is desired.

The first two tracks are the close mics, one with the PIB and one without. The difference between them is relatively subtle, but one can definitely hear a bit more clarity with the PIB because room reflections aren’t creating as much comb filtering when the PIB is used. Comb filtering causes numerous narrow peaks and nulls in the frequency response of the recording, and depending on where the peaks and nulls fall relative to the frequencies the instrument is producing, can produce strange-sounding artifacts, clearly audible even in the raw, unprocessed tracks. If you are having trouble hearing the difference between the two, then the first thing is to make sure you are listening on great speakers in a treated room, which allows you to discern the subtleties needed to make great recordings. If that’s not possible, then a quality set of headphones is another good option. And, be patient. Learning to listen to these kinds of subtleties takes a lot of practice!

But don’t worry, the difference between the next two tracks is much easier to hear. For these, the mic was placed about 3’ from the guitar, with one recording done in an untreated room, and the other recording had 2 PIBs, placed one each to the left & right as I faced the microphone. This created a recording environment where the microphone heard much less of the room tone, since a large percentage of the reflections were blocked by the PIBs. Note that each PIB has more than 23 square feet of surface area! These are large panels, so together we’re adding nearly 47 feet of absorptive surface area, all within a few feet of both the microphone and the instrument. The opening between the 2 units were on one end just a few inches, wide enough to allow a mic stand boom arm to come through, and the other end about 4 feet, just wide enough to allow space for the guitar to “look” into the booth area created by the two PIBs. Therefore, the only real reflections to speak of were coming from the ceiling, which was about 7.5’ but slightly angled to aim reflections away somewhat.

This technique allows the recordist to get the benefits of moving the mic backwards (a more natural tone, less localized to specific areas on the instrument, without the negative artifacts that doing so in an untreated room creates. To my ear, the difference in just the raw recording between the two is much more evident than with close-miking, and is a clear improvement in tone and fidelity.

As an engineer, I get excited about tracks that sound like this, because it opens up more creative possibilities. When I hear tonality flaws, rather than trying to “fix it in the mix” I can just think in terms of making the track serve the song in whatever way my ears can imagine. It leaves all options on the table, including and especially compression and saturation possibilities which would otherwise make the artifacts in suboptimal recordings even worse.

Processing can bring out the flaws in a suboptimal recording

At about 10 minutes into the video, I then bring in some basic processing typical of what a mix engineer might do to maximize the tonality of the recording. These are not advanced or radical techniques, using the stock plugins that came with the DAW. I added a bit of EQ and just a few dB of compression to enhance the natural tone of the guitar. But, these same mixing moves applied to the track with no PIB made the tone worse, and made the difference between recording with the PIB and without even more evident.

Remember that one of the main artifacts the room introduces is comb filtering. Comb filtering introduces very steep but very narrow peaks and nulls at numerous frequencies. These artifacts – particularly the peaks, are exacerbated by subsequent processing during the mix. For instance, consider a compressor or saturation plugin. This kind of processing is all about dynamics; the louder the input signal, the more the compressor clamps down to reduce the dynamic range, or the more distortion is introduced by the saturation plugin. So for the compressor, the peaks will trigger the compressor sooner than the non-peak frequencies, which can produce undesirable artifacts such as pumping in an unpleasant, non-musical way. The saturator, on the other hand, will take already-problematic frequencies and add even more harmonic content to those frequencies, often resulting in a very harsh tonality.

EQ is also affected. For instance, we often sculpt tonality by using gentle, broad boosts. But if there are harsh comb-filtering peaks at narrow frequencies within the boost range, we are boosting those frequencies, which means we can’t apply the gentle broad boost as much as we’d like without making these problems even worse. Though we can sometimes “notch” out the most offensive frequencies with a narrow EQ cut on another band, thereby improving things a bit, to some degree we are chasing our tail on this one since with comb filtering there will always be more frequencies that need cutting than there are bands available.

Tracks without the comb-filtering peaks respond much more consistently to these processing tools, resulting in a sound much closer to what the engineer intended. They will actually improve the tone rather than bring out the flaws in the original recording itself. All the great effects and plugins we have access to these days can then be used for creativity rather than problem-solving.

While I’m a great fan of exceptional microphones and outboard gear such as boutique preamps, and I always suggest using the best gear you have access to, tools & techniques like these often make an even bigger improvement in your recordings than throwing even more money at gear upgrades. For a fraction of the cost of a boutique microphone or preamp, a PIB or two used in this way can make your recordings sound much more natural and ready for a great, creative mix, and give you better results.

When In Doubt, Ask For Help

As always, we are happy to help you maximize the sonic potential of your room and your recordings with our many years of experience and patented GIK Acoustic treatments. Contact us for free acoustical advice and let us help you take your recordings to the next level. And as always, stay in touch with us here at Acoustics & Audiogeekery and send in your ideas for audiogeek topics you’d like to see us explore. 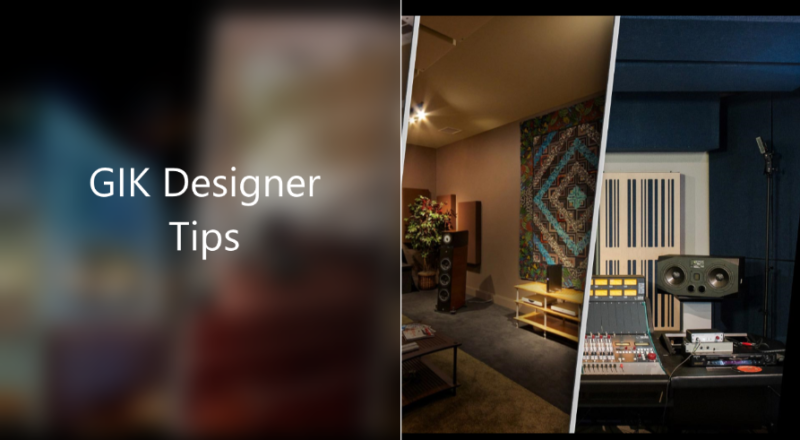 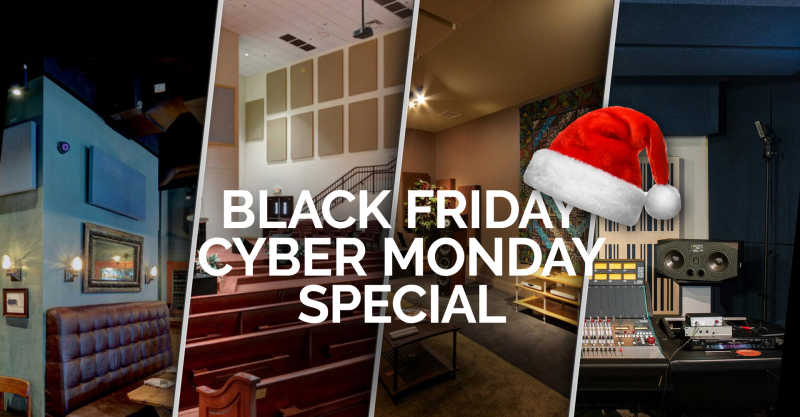 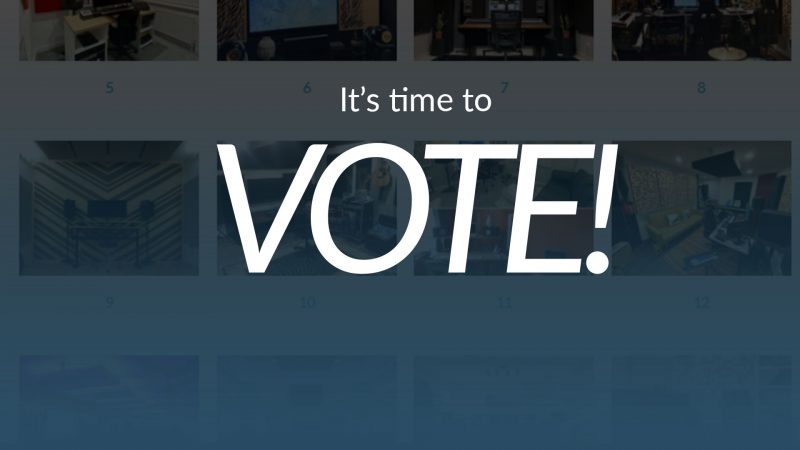 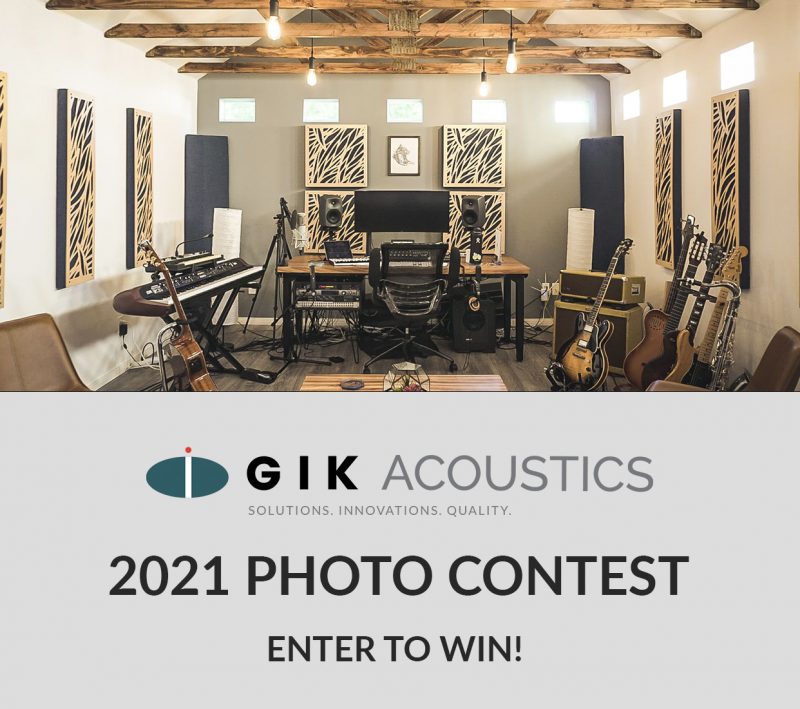 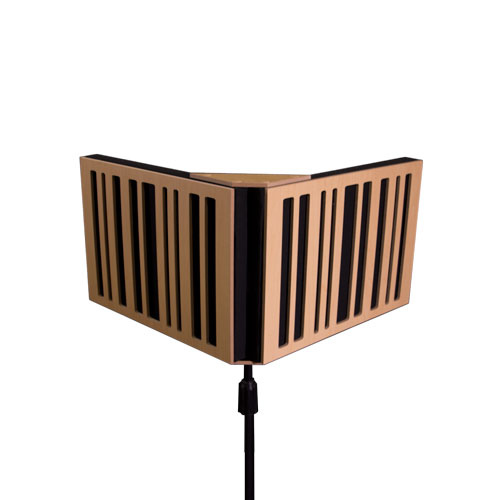